Construction speed was a unique challenge and especially important for this hangar due to Alaska’s shortened construction season. Generally, earthwork stops in October and doesn’t begin again until March or April.

A challenge that comes with hangars is that a large portion of the building is an opening – in this case, a giant 286-foot-wide by 47-foot-tall door was a giant puncture in the envelope. Code in Anchorage requires continuous insulation, and architects had to ensure that the massive hangar doors would not dramatically affect the temperature inside the hangar.

One of the reasons IMPs were chosen for this hangar was speed of construction. Using IMPs eliminated the need to do temporary enclosure, which would have needed to be heated. Once the product is on site it is very easy to install the panels and almost instantly have a building enclosure.

The continuous insulation and high R-values that IMPs provide, along with the energy systems in the building, prevent a constant battle with the necessary hole in the side of the building. A four-inch panel was used and there is no other additional insulation.

Sustainability was another goal that IMPs helped with, as the building went through the LEED precertification process. Using a single product for cladding and insulation reduces a tremendous amount of waste.

For the new Alaska Airlines hangar, metal panel scraps were even used to create a parapet for the parking structure for the facility and ended up looking like it was part of the original design.

Using IMPs on a building this large also helped keep costs down by reducing the number of trades needed during construction, as well as reducing layers of operation. Immediately after installation, it was a finished assembly both inside and out.

“Important factors in choosing metal panels for this project were schedule, speed, durability, efficiency and the one-shot envelope.”

Principal Architect and Director of Sustainability 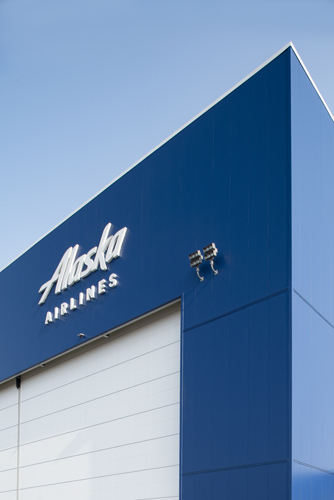 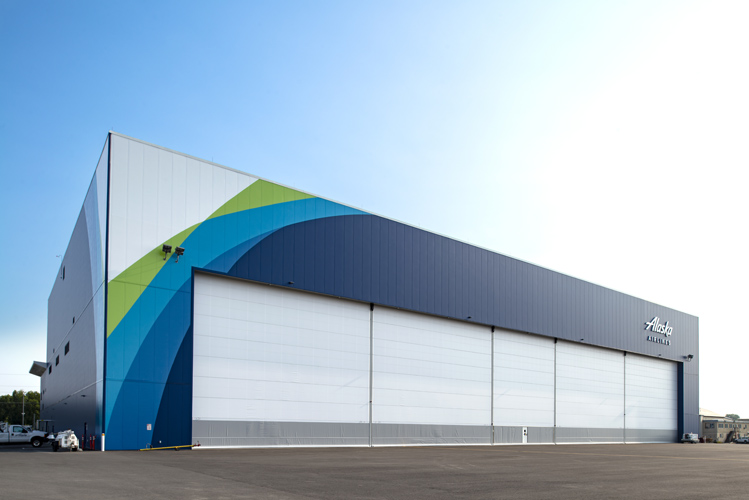 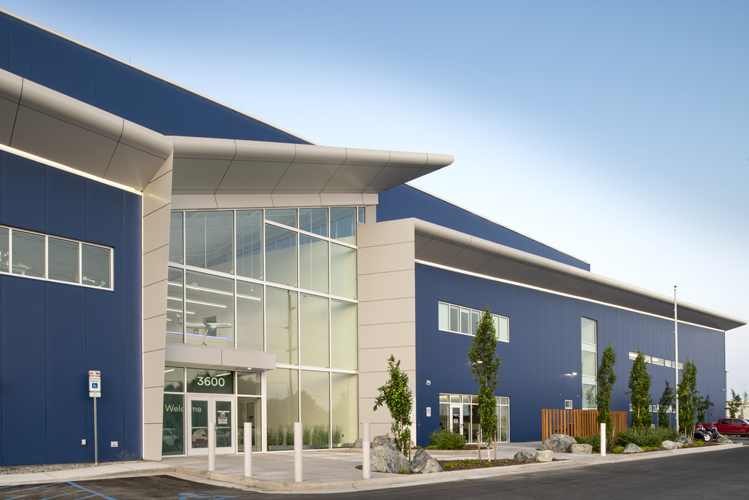