What do you do when you want to take a risk but have a lot of people to answer to?

Simple—you ask for the ideas of those people first. For the team at ADD Inc that created the new residence hall at the Massachusetts College of Art and Design in Boston, MA, the collaborative process birthed a piece of architectural artwork that garnered it the 2013 MCA Chairman’s Award for Education—Colleges and Universities.

Using 5,900 ALUCOBOND®  panels in seven different colors and five different widths, depths, and gloss levels, lead architect B.K. Boley and his team sought to infuse the building’s exterior with the look and feel of the project’s aesthetic inspiration, Gustav Klimt’s 1909 painting “Tree of Life.” Like the painting, the building uses an eclectic arrangement of colors to mimic an organic form—a concept that quickly gained approval from the group ADD Inc invited into the charrette discussions used to plan and design the project.

“They were looking for a new building that was expressive of their mission, which is to train artists to engage with the public and to work in industry as fine artists,” Boley says. “We came up with the idea of a tree of life as a symbol for the project because it represents rebirth, change and optimism.”

The building—which the students, in particular, wanted to be identifiable as “a painting in the sky,” Boley recalls—houses 493 students in a 20-story structure that creates the image of organic order from chaos. Organic because of the progression of darker and more muted browns at the bottom to lighter and glossier tones at the top that mimic the way light plays off of a real tree. Order from chaos because the mottled look of the exterior’s profile is actually designed around a rational pattern in the panel width and depth and window arrangements—every two stories, the pattern repeats until one reaches the top of the building.

“We knew we wanted it to be organic, but we knew it would have to be buildable,” Boley says. “And composite metal panel ended up to be the best material to work with because we could pick our own colors—they’re all custom colors—[and] we could have depth in the façade as opposed to a flat façade.”

Boley’s team also came up with panel designations and drawings that essentially acted as a map for the contractors to follow during installation, “so the guys didn’t have to think about it when they were up on the scaffolding,” he says. “They had a package of panels for the morning and a package of panels for the afternoon, and they had a map that told them which panel went where.”

Using the composite aluminum panels allowed the project to achieve its artistic goals and stay within its $48 million budget (about $320 per sq ft). Boley’s team also chose a Lymo 3000 pressurized rain-screen system that has insulation behind it and spray foam insulation in the cavities, delivering a high R-value and overall energy efficiency that Boley hopes will earn the building LEED Gold status.

In addition, the team was able to use a rout-and-return method to rout and fold the panels so the contractor didn’t need to weld them together. That tight arrangement turned out to be emblematic of a project that almost everyone involved could appreciate.

“That painting became an inspiration and a vision that built consensus between the students, faculty, administration, neighbors, architects—everybody—and was something that everyone could rally around as a vehicle to arrive at a new kind of architecture for the building,” Boley says.

Materials: 5,900 ALUCOBOND® PLUS panels in five different widths, colors, and glosses and seven different colors from prepainted coil.
® ALUCOBOND is a registered trademark of 3A Composites USA, Inc. 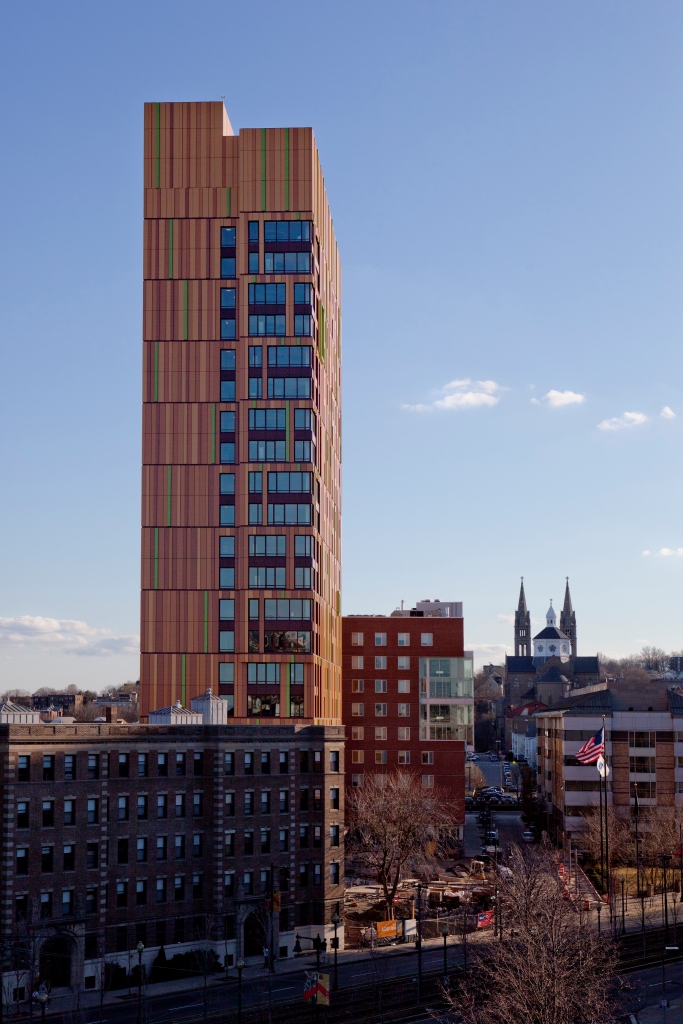 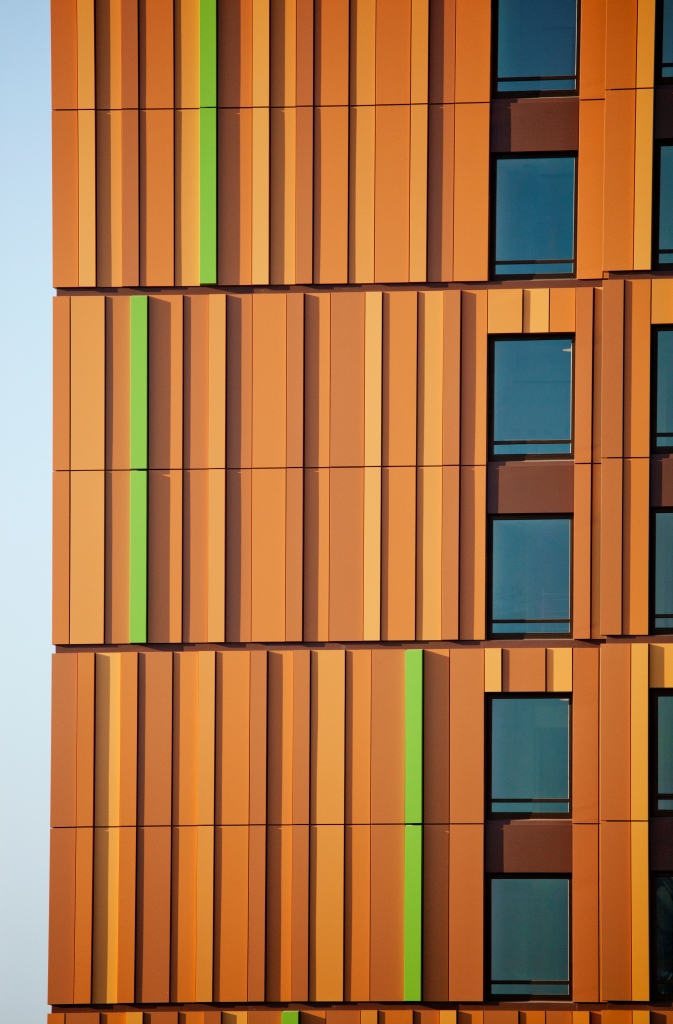